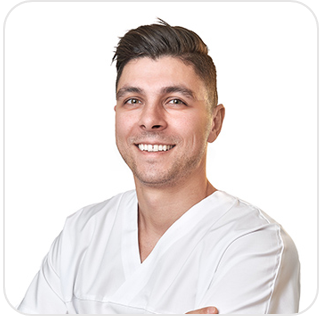 Dr. Kalin Marinov graduated dentistry at Sofia Medical University. He has a keen interest in implantology, prothodontics and esthetic dentistry.

During Bul Dental, Sofia in May 2013 he was involved with Dental Tribune Study Club Symposia and presented a lecture on “Rubber Dam placement techniques”. In that same month he presented another lecture on “Perfection in functional diagnostics – ARCUSdigma 2”.

During 2019 Doctor Marinov and his team have developed an internet platform regarding Children related dentistry with main focus prevention, treatment and orthodontic related problems. https://kids.skydental.bg/