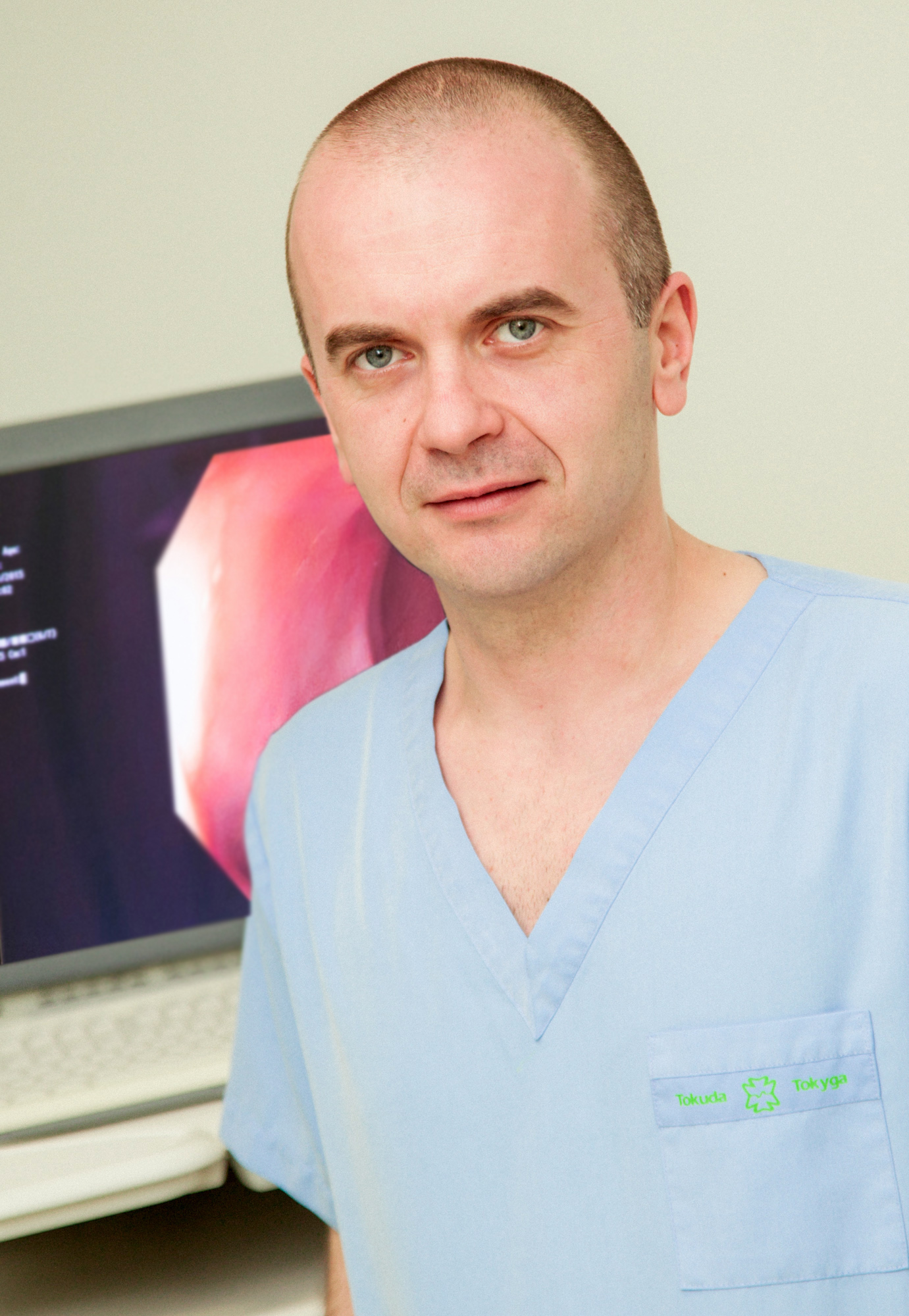 Dr. Petko Karagyozov, graduated in medicine in 2004 from the Medical University, Sofia. In the period between 2005 and 2011 he specialized in the Clinic of Gastroenterology and Hepatology of the Military Medical Academy in Sofia under the guidance of Prof. Krum Katsarov and Prof. Dimitar Takov. In December 2012 he acquired a specialty in Gastroenterology.

In 2014, he spent a one-month specialization at the Elizabethanen Hospital, Linz, Austria, Department of Interdisciplinary Endoscopy on “Echoendoscopy and endoscopic methods for treatment of chronic pancreatitis” as a fellow of the European Society of Gastrointestinal Endo.

He has completed numerous courses in Gastroenterology and Interventional Endoscopy in Germany, the Czech Republic, the Netherlands, Italy, Israel and the USA, as well as training in teaching endoscopy (Rome, 2017).