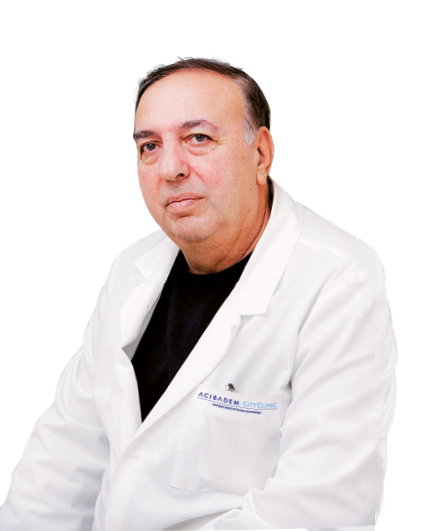 Professor Grozdinski graduated from the Sofia Medical Academy in 1974, and in 1981 he successfully defended his Angiology dissertation. From 1981 to 1989, he rose through the ranks of resident, senior resident and head resident in the Angiology Sector of the National Center of Cardiovascular Diseases and served as the leader of the functional vascular diagnostics team.

In 1990, he was appointed head resident and the Angiology Sector Chief in the Sveta Ekaterina University Hospital. He has participated in short term specializations in England in 1989, and in Harvard USA in 1992. In 1995, Professor Grozdinski received his Associate Professorship. In 2005, he was appointed to work as an Associate Professor and to lead the Angiology sector of the National Cardiology Hospital. In 2008, he successfully defended his PhD dissertation for the theme “Ultrasound diagnostics for multi-focal arteriosclerosis”

Since 1977, Professor Grozdinksi has been working as an angiologist and leading functional vascular diagnostic teams and angiology sectors. He introduced ultrasound diagnostics techniques to the Angiology & Phlebology medical specialties in Bulgaria. And in 2007, he became the leading angiology specialist in the Bulgaria. In 2010, he was appointed as our Angiology Professor and to lead Tokuda Hospital Sofia’s Angiology & Phlebology Sector. In november 2012 he became Chief of the Angiology Department at Acibadem City Clinic Sofia.

The professor has issued total of 117 scientific works and publications in the sphere of Angiology, including two monographs. He has participated in 11 world conferences in Angiology & Phlebology and authored one invention. He is the scientific mentor of 9 angiology specialists and leads a post-graduate medical education course. The professor is the chairman of the “Ultrasound Vascular Diagnostics” Commission and the chairman of the National Association of Phlebology. He is a member of the directing boards of the Bulgarian Association of Ultrasound in Medicine and the Endovascular Therapy Association. Professor Grozdinski is also the chief editor of the Bulgarian Phlebology & Angiology magazine and has authored two novels.