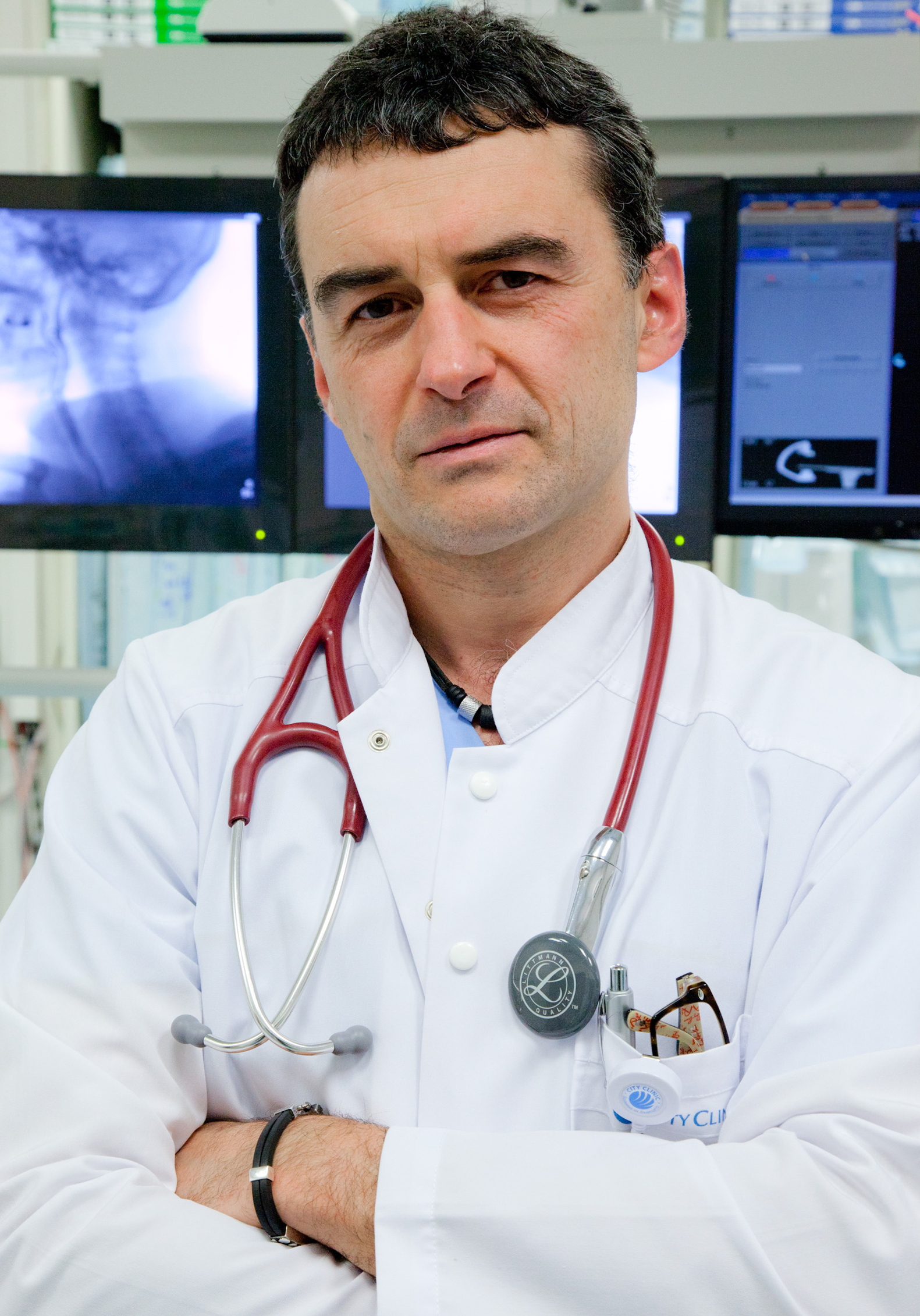 Prof. Ivo Petrov graduated from Sofia Medical University in 1992 and gained his specialization in Internal Medicine in 1999, and was board certified in Cardiology in 2003. Prof. Petrov also graduated Healthcare Management Program from Sofia University.

He has completed post-graduate medical course in Echo Stress testing in Wiesbaden, Germany and in 1999-2000 he was awarded a fellowship to specialize in Invasive Cardiology and Radiology in The Institute of Cardiology and Cardio-Vascular Surgery sponsored by the Favaloro Foundation in Buenos Aires, Argentina.

During the period 1992-2006, Dr. Petrov worked at «Saint Ekaterina» University Hospital and was nominated as an assistant professor of cardiology.

In November 2006, he was appointed to lead the Cardiology Department at Acibadem City Clinic Tokuda Hospital.

Since November 2012 he has been holding the position as Chief of Cardiology and Angiology Department at Acibadem City Clinic Cardiovascular Center.