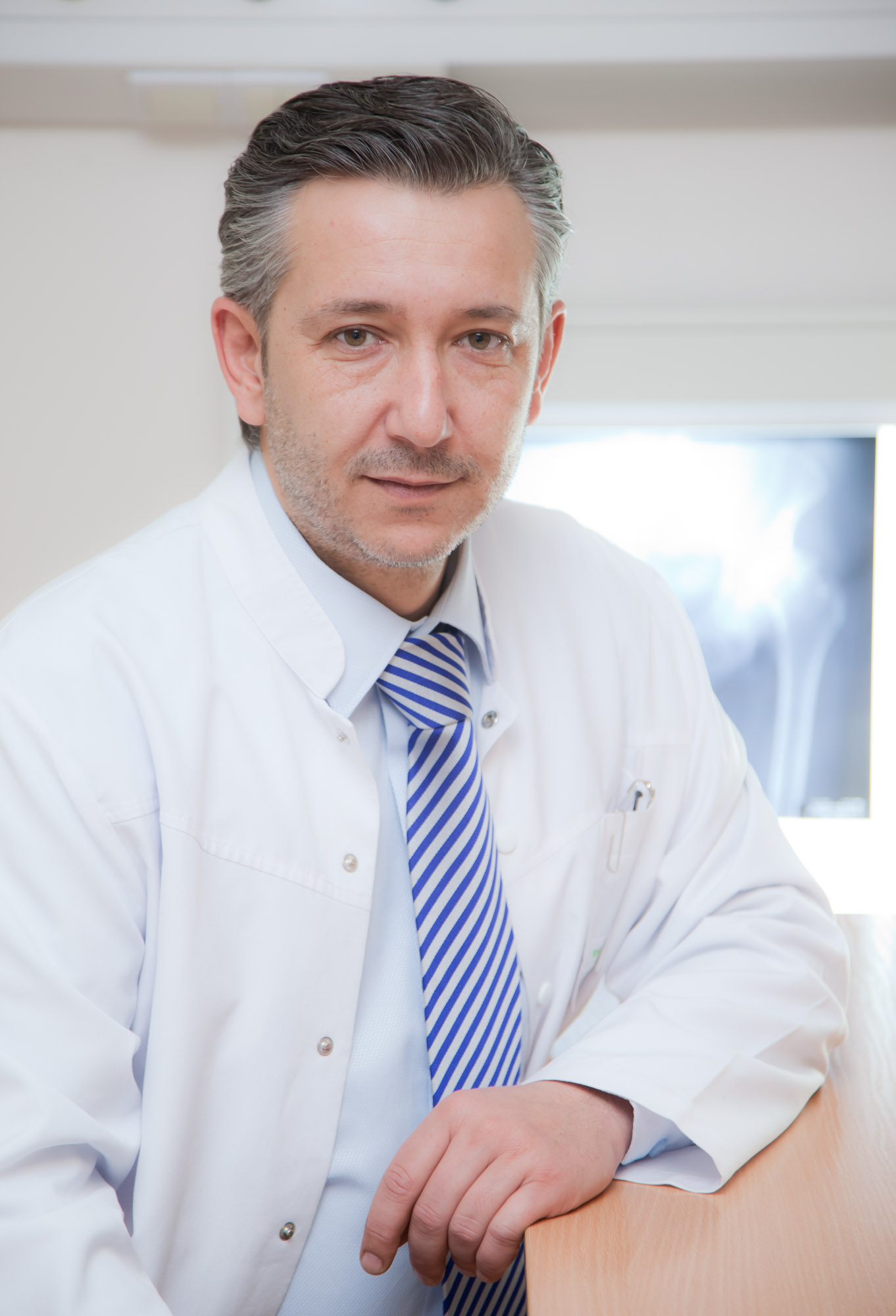 Assoc. Prof. Dr. Vasil Yablanski graduated in medicine in 1996 from the Faculty of Medicine at the Trakia University in Stara Zagora. He specialized in the Department of Orthopedics and Traumatology at the same university.

He received a degree in Orthopedics and Traumatology in 2001. He has a master’s degree in Health Management from Southwestern University, Blagoevgrad (2001) and Hebrew University of Jerusalem, Israel (2001).

Assoc. Prof. Yablanski has a recognized capacity in major joint replacement and arthroscopy. He has completed numerous specializations and qualification courses mainly in the areas of joint replacement and spinal surgery: Duke University Hospital, North Carolina, USA (1998), Hadassah University Hospital, Israel (2000), Yale College of Medicine, USA, a course of the Cornell University (USA) in Salzburg, Austria (2003), courses and specializations in Madrid (2007), Hamburg (2007 and 2009), the Zimmer Institute Vienna (2010), Lyon (2011) and Stockholm (2012), as well as at Tokushukhai Hospitals Medical Corporation in Japan.

Through regular visits and trainings of surgeons from the Society for the Research of Scoliosis (SRS) since 2007 at Tokuda Hospital, Assoc. Prof. Yablanski and his team have developed the only center for advanced surgical treatment of scoliosis in Bulgaria.